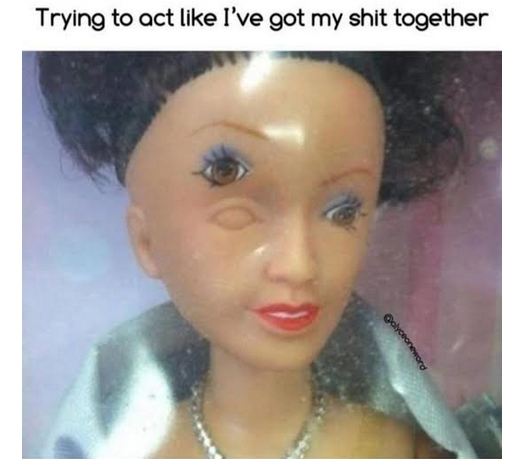 A friend of mine was telling me she listened to my podcast for the first time yesterday, and it was from season one, episode 28 with Chi Amaefule the professional matchmaker.

My friend told me how articulate I was and how great my voice sounded that she was impressed. And I thought to myself if you only knew!

That interview was a hot ass mess!!

So first, I will tell you that it was the first day of my period, which tends to be heavy, so I have a lot of iron loss, my brain synapses don't fire well, which makes me forget words, run into corners and break dishes.

Most people with periods will tell you that they don't have good hand-eye coordination on top of whatever painful cramps, and also being very sensitive, so sensitive that a commercial about coffee will make them boo-hoo cry.

Yeah, periods are a messy, hot-mess!

So, I went to my office to set up.  Soul Body Ojai is the wellness center that I work out of, and we acquired a new office space.  One office is upstairs, and the one I was in, was downstairs and across the way, basically in another part of the building.

This will be important later.

So, Chi tells me that she is going to be streaming our interview on Instagram, which I agree to.  NBD.

So, I start the conversation, and then I see on my end I am getting information about the wifi, so I pause and tell her I am going to plug in my DSL cord. NBD.

I realize that she is frozen and that maybe her internet is wonky because I am wired in. Then she tells me she can't hear me and that I'm frozen. And I am like what the hell? Why is my modem acting up, I am wired in!!???

I don't want to get up and look because we are on insta live.  But I open up a browser to see if I can get on a website, and it tells me I need an internet connection.

WHAT THE MOTHER FUCK!!!!! I AM SCREAMING IN MY HEAD!!!!!! So, I carry on and  I switch to wifi from the other office, like I said, I am in the office, on another side of the building and downstairs.  I get 3 bars.  I will take what I can get.

I think I lost connection with her three times because Zoom restarted on me. Nope it wasn't mercury retrograde, I just looked it up.  It was April 13, no retrograde that month.

I thought about turning off the router but I didn't want to take any more time even though shit had gone sideways and inverted so many times.  We were scheduled for 90 min for a 60 min interview but she told me she had to end at the 1-hour mark.

At one point I had to call her to tell her what was happening and she was as cool as a cucumber, being very compassionate, and I was profusely apologizing that this hasn't happened before and that I am trying to figure it out.

So my modem in the office I was in was down for some reason. And I didn't want to unplug the modem and plug it back in because of time, and I wasn't sure I had the password handy to log my laptop back in. But see, as I said, I was on my period and was panicking and forgot about the wire, I didn't need a wife password.  UGH.

I was mortified on top of feeling very drained and I wanted to give up on the interview and reschedule.

But I persisted even though we got cut off, and I had to get back on zoom, the internet would stall and I would freeze. I would ask her the question again or she would repeat what she said.

It was a nightmare, Chi was amazing and patient and compassionate.  I told after the first 5 minutes that I was on the first day of my period and my brain was foggy. She understood.

I was struggling in that interview, to recover words, and to remember what I had said after I lost internet connection which shut down my zoom.

So after all this time, for my friend to pay me that compliment, oh boy, did I have to work and make shit happen to piece all those audios together into a smooth-flowing conversation. The magic of editing!

The moral of the story is that this is a one-woman-show and I am limited in my technology savoir-faire, podcasting isn't just the glory of the final product.  We podcasters put in a lot of hours into it and we appreciate those days when it's smooth sailing.  And when it ain't, we are glad that we still have an episode to edit and all was not lost though it was quite the journey to get to the finish line!

By the grace of goddess, I was able to pull through.  That's why we love to hear from you!  I love to hear how the podcast has had an effect on you, please let me know by leaving a review! 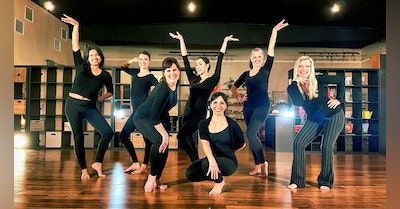 My dance studio has given me the gift of movement, joy and so much happiness!

Get updates when each episode drops, info about each guest, and other healing stuff.

Email has been submitted.